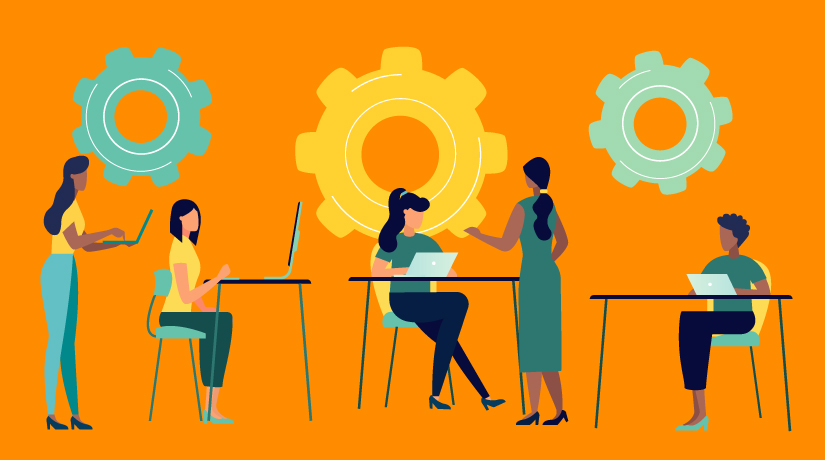 We’ve been working closely with one of our major clients to support women’s careers in engineering.  While the situation is improving, there’s still clearly a long way to go. Like many professions including finance and management consultancy, engineering shows a significant tapering off of female representation as you move up to senior management.

To recruit and retain talent from across the board, many organisations have been looking at ways of creating more female friendly workplaces.  These may include policies such as flexible working hours to help mothers.  However, a recent study suggests that corporations may be looking for solutions in the wrong place.  They’re beginning to realise that if we really do want female-friendly workplaces then we need female-friendly men.

Researchers from the University of Kansas discovered that having male colleagues who are supportive reduces women’s feelings of isolation and insecurity.  The research team took a sample of nearly 250 white women and ask them to imagine that they’d just received an offer of employment from a chemical company.  They were divided into four groups.  Two of the groups saw photographs of their new colleagues who were all male while the other group were shown a more gender-balanced selection.

Within the two groups some participants were shown a male ally of female colleagues who expressed support for gender equality, while in the other group no one did so.  After seeing these images, the participants were asked to indicate to what extent they felt that they would feel isolated when they started work in the company and to show how much support they felt that they would receive.

Needless to say, the women in the experiment who were shown images of exclusively male colleagues and weren’t offered allies felt significantly more isolated.  However, for those who were shown the gender balanced selection of future colleagues, the presence or otherwise of an ally had no effect on their feelings.

Participants who saw the all-male team with no ally also believed that they would receive significantly less support from their colleagues compared to those who had either been shown an ally or a more gender-balanced team.  Having an ally in a workforce that isn’t gender balanced was, therefore, as important when it came to tackling feelings of isolation as having a gender-balanced group of colleagues.

Allies and women of colour

The psychologists then tried another experiment, this time aimed at investigating the importance of having an ally on women of colour. They repeated the first experiment only this time with a mix of black and white women and black and white allies.  All the participants were shown workforces in which women were underrepresented.

When questioned afterwards about the support they anticipated that they would receive, the women’s answers indicated that race was not a factor – for them, it was still about gender balance and the idea of having an ally.

In a third study, the psychologists showed the participants both male and female allies.  The participants were also asked to what extent they thought that gender equality was well established in this company.  Again, those with allies – male or female – expected to be respected and valued.  However, they were more likely to anticipate greater gender equality when they were presented with a male, rather than a female ally.  They were also more likely to believe that they would be welcomed and supported.

Male allies – doing what they say?

Now, it has to be said that the study only focussed on what women anticipated about their experiences at this new company rather than how they actually felt having worked for some time at a real one.  There’s also the question of men promising to provide support and allyship but then not actually doing so in practice.

As the world has turned to Zoom and Teams rather than meeting face-to-face over the last 18 months, another study comparing male and female experiences in the workplace is particularly topical.  Researchers asked a group of workers to participate in online meetings with their cameras either on or off for a period of two weeks before switching over for the following two weeks so that those with their cameras off now had them on, and vice-versa.  They were quizzed at the end of the day about how tired they felt and how engaged they’d been in meetings.

The “camera-on” group reported being more fatigued but perhaps counter-intuitively, they also felt, as result, that they were less engaged in meetings. This was worse for women than for men and for newer recruits than those who’d been with the company for longer.  The psychologists suggest that the feeling of being watched, and the resulting pressure experienced by some people to create the right impression visually is tiring.

Organisations can, of course, make it clear that “camera-off” is an option for their staff.  However, ensuring that women feel supported – especially in traditionally male sectors – with proactive male allies offers a more effective, profound and long term solution to this problem.