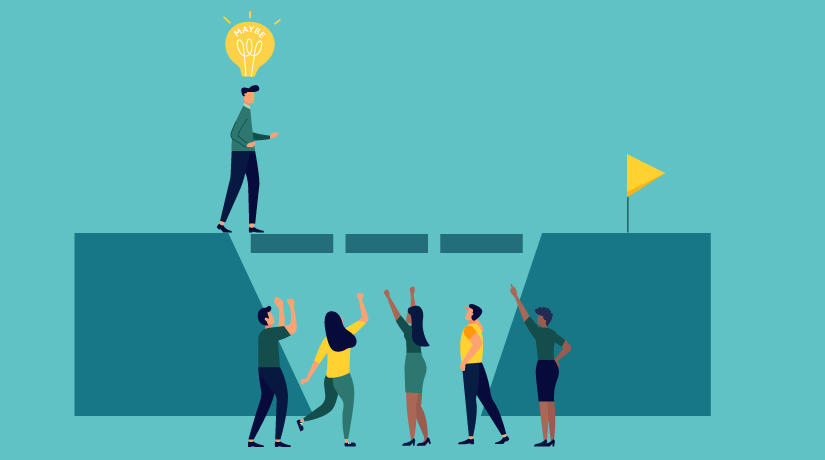 “Maybe favours” can increase the chances of a request being accepted

If someone from a road safety charity approached you and asked you to put a large poster in a window of your home, would you say yes?  Probably not.  What about a smaller, less obtrusive sign?  The chances are that you might agree to that.  Then, once you got used to this more modest version would you be willing to swap it for a larger, more prominent one if you were asked?  According to a number of psychological research studies, the chances are that you would.

We’ll do things or make changes in small steps even if we wouldn’t be willing to undertake something in one large leap.  This is a lightbulb moment for many of the people on our workshops who are looking to change the way they work or develop good habits.

But more recently psychologists have discovered another way to encourage people to make a commitment to do something – and that’s if, in the first instance, the request is pitched merely as a “maybe”.  That means, for instance, asking someone “If it turns out that A happens would you be happy to step in and do B?”

I will, but only if I probably won’t have to

According to Michael Zurn, a researcher into social and economic cognition at the University of Cologne and his colleagues, we’re more likely to agree to do what they described as a “maybe favour.”  In their study just over 100 students were presented with requests for help with moving furniture either from a good friend or a stranger.  The likelihood of them actually having to following through on their offer to help was graded at 99 per cent, 50 per cent, 10 per cent or just one per cent.

Although the participants said that they’d be happy to help a friend, when it came to a stranger they were more likely to offer to help when they believed that the chances of having to do what they’d been asked were relatively low, that is, it was a “maybe favour.”

Interestingly, in the case of friends, the situation is reversed – if a friend asks for a “maybe favour” they assume that they don’t really need help.  It seems that people’s willingness to say “yes” to a stranger asking for a “maybe favour” is based on the idea that they can enjoy the positive feeling associated with offering to help while minimising the risk of actually having to do so.

So even if “maybe favours” don’t, by their very definition, go ahead, could the fact that more of them are granted increase the number of good deeds that are done?  More than 1,000 people were paid a small amount to participate in an experiment. Then, half were asked if they wanted to use this money to make a donation to a charity, in other words, a committed favour.  The same request was made of the other half.  But this group was told that five per cent of their donations would be cancelled – a “maybe favour.”

The effect of “maybe favours”

Nearly a third (31 per cent) of the committed favour group donated their payment, while the number in the “maybe favour” group was nearly half (47 per cent).  The total amount donated by the first group was $20.60 but in the second group that figure was $29.96. According to Michael Zurm and his team, “our findings show that with a simple ‘maybe’ we can capitalise on fundamental biases of human cognition to get more good deeds done.”

Similar findings have arisen from a study by the University of Exeter’s Business School.  Here 320 participants on a web survey platform were told they had a 50 per cent chance of winning a £10 bonus.  They were then asked to make a conditional commitment to donate to either Oxfam or the British Heart Foundation before learning if they would receive the windfall.  After discovering whether they’d been successful or not, they were then able to choose whether to change their decision about the donation.

The power of small steps

Other participants took part in the same experiment, with the same odds of winning, but this group was told whether they had won before they were asked to donate.  Those who were asked immediately before they knew the lottery result were were 23 per cent more likely to commit to donate from the winning income and gave 25 per cent more (when asked to contribute before the outcome of a lottery), compared with those who were asked after they knew they had won.

There’s clear evidence from these studies that both the “maybe favour” principle and the rule of small steps trick the mind into seeing the downside of making a commitment as greatly reduced – it’s only a small thing or it might not happen at all.  On the other hand, the upside of making the commitment appears to remain unchanged – others see us as kind, generous and dependable.  Once we’ve committed to doing something we find it a lot harder to back out.

As leaders if we want to get our teams and other stakeholders to take action, then we should try framing requests along the lines of, “If this happens…can I count on you to do this…?”  This small change to a request could greatly increase the chances of its being accepted.