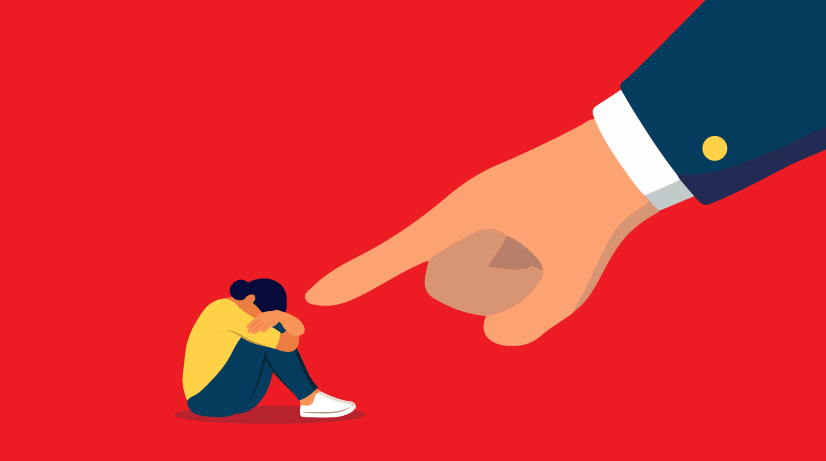 Why some people accept a tyrannical boss

Those of us who see the world as a threatening place are willing to put up with tyrannical bosses, according to new research – but they shouldn’t have to

Lord Sugar’s angry catchphrase and his scary, threatening blame culture might make good television but not many of us would want to work in such circumstances.  However, the boss-as-ogre is a caricature that is, unfortunately, all too real for many employees.

Around one in five corporate bosses are psychopaths, a similar proportion to the prison population, according to a study by researchers at Bond University in Queensland, Australia.  Characteristics of these personality types include superficiality, insincerity and an inability to empathise, all of which enables bosses with these traits to treat their staff badly.

So why do people put up with such leadership?  Crushed self-confidence and a lack of alternative employment are two common factors but new research suggests that there might be another reason. According to experts at NEOMA Business School in France, people who place a high value on hierarchical structures, group loyalty, and conformity to traditions brought on by the perception that the world is a threatening place are more likely to endorse tyrannical leadership traits.

The world is a scary place

With the prospect of another pandemic and geo-political tensions as well as a number of other threats, the world does seem pretty scary to many of us.  Now, these new findings suggest that fears for our own self-preservation in the face of perceived threats can often drive an enthusiasm for deference to authority and conformity with group.

Not only that but this mix of fear and an embracing of traditional values can condition employees to see tyrannical leader traits as acceptable, even though others who don’t experience these anxieties may be horrified by such characteristics. The research also showed that the effects of conforming to these traditional morals are greater for men than women, meaning that men with strong traditional views are most susceptible to the allure of tyranny.

While most of us would prefer a supportive and nurturing leadership style, the researchers suggest that the rise in populism and authoritarianism in politics has proven to be a disruptive and seemingly unstoppable force in the world today.

Their findings, published recently in the Journal of Business Ethics, suggest that understanding how people fall for the overbearing, brash, and self-aggrandising traits of tyrants may help to avoid the damage that has come with their increasing power. Followers, argue that researchers must make a conscious effort to avoid being deceived by the “toughness” of the tyrannical leader, especially since such leaders are typically men and the effects are greater for male followers.

“Our understanding of the moral mind shows that people don’t necessarily follow tyrannical or tough leaders because of some sort of personal or moral deficit. In fact, it’s quite the opposite,” says one of the researchers, Dr Agata Mirowska.  “Support for tyrannical leaders may reflect well-intentioned efforts to achieve the best outcome in the context of a world that they perceive as dangerous.”

Empathetic leaders win out in the long term

The risk for organisations is that during these uncertain times, the tough guy tyrant (of either sex) who rules by fear rather than consent might be increasingly appealing – even to some employees.

However, we know that in the long run – whatever Lord Sugar and his TV producers might believe – such an approach doesn’t work.  It drives away talent, reduces engagement and damages morale.  It also lessens the chances of senior leaders hearing what they need to hear from those on the front line, with the result that they’re only notified of problems when it’s too late to fix them.

Leaders who are strong and have a clear vision but also rank highly for empathy and social and emotional intelligence are more likely to produce results – and that includes providing support for their teams who do feel under threat and who see the world as a scary place.

We know from our experience of working with a wide variety of blue chip organisations that it’s the leaders who know how to develop and deploy these essential human characteristics who win in the long run – and will be thriving long after the tyrannical sociopath has been told: “You’re fired!”