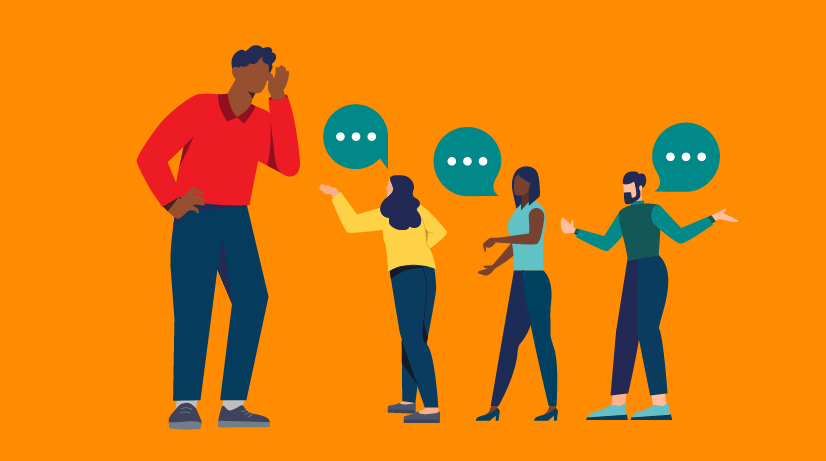 Does a CEO have to be extrovert?  Not at all – and now new research reveals an added benefit of being an introvert business leader.

“But enough about me, let’s talk about you…what do you think of me?” asks Bette Midler’s character in the film Beaches.  For anyone who has a strongly extrovert friend, the sentiment is horribly familiar.

In the real world, we sometimes find that clients will ask us to help their CEO because, they explain, he or she is a bit of an introvert.  We find ourselves having to explain that this really isn’t a problem.  We’ve always argued that you don’t have to be a big personality, a charismatic figure, to be a good leader. Now new research backs up our experience.

According to studies conducted by Francis Flynn, Paul E. Holden Professor of Organisational Behaviour at Stanford University, extroverts are likely to be less good at listening – that is showing empathy, paying attention and engaging emotionally – than introverts.  Someone might appear to be hanging on your every word as you share with them a problem that you’re having at work but, in reality, is their mind somewhere else?  Are they just waiting for their turn to speak?

Professor Flynn took nearly 150 first year business students and invited them to meet in groups of six on a weekly basis.  They were invited to rate the listening capability of other members of their group.  They were also asked to rank how extrovert they thought that they themselves were.  Sure enough, those who placed themselves highly on the extroversion scale were rated by colleagues as being less good at listening.

To check the results, new groups were asked to rate the listening skills of fictional people who were described to them as being more or less extrovert.  These studies backed up the real life findings.  The research team came to the conclusion that yes, extroverts might be sociable creatures, but this sociability seems to go in one direction – outwards only.  Other researchers have suggested that extroverts are more likely to be good at managing how they come across to others and are therefore able to appear to be good listeners, almost as if they’re playing the role of listener.

Susan Cain, author of the bestselling Quiet: The Power of Introverts in a World That Can’t Stop Talking, argues that the world and businesses in particular make a mistake by glorifying and promoting extroverts.  She explores how brain storming meetings in open plan offices are perfect for extroverted team members but leave their introvert colleagues often unable to express their ideas and inputs.  Cain believes that her fellow introverts prefer to listen rather than to talk.

Historically, as people flocked to cities and worked in factories and big offices, being loud and larger than life became a way of differentiating themselves.  Over recent decades, according to Cain what she calls this “Extrovert Ideal” has transformed workplaces.  Individual, autonomous work has in many cases been replaced by “The New Groupthink,” which “elevates teamwork above all else.”

However, she cites studies which show that introverts are better at leading proactive employees because they listen to them and then let them run with their ideas.  This isn’t intended to damn extrovert bosses – there’s also evidence to suggest that their talent for motivating and inspiring people means that they’re good at leading more passive teams.

Quiet isn’t just a request for introverts and quieter people to be accommodated and tolerated, it demonstrates that they have a role to play, especially as organisations look to include diversity of thought and to create leadership teams that reflect their workers.  A CEO can be an introvert just as easily as can an extrovert and trying to force the former to become more like the latter is a fool’s errand.  According to Professor Flynn’s research the ability to listen to colleagues more effectively is another reason to welcome CEOs with quieter, more introverted management styles.