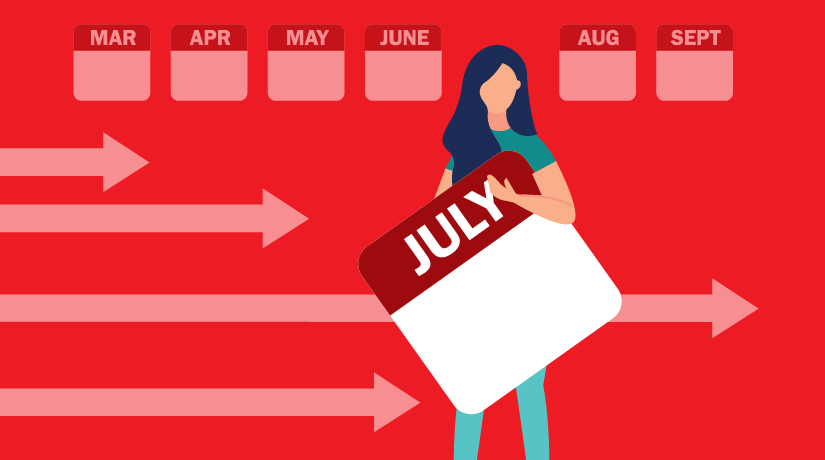 As lockdown drags on – is it healthier to abandon optimism?

There has been nothing like lockdown in living memory and it’s affected every aspect of our lives, including our mental health.

The Nuffield Foundation, with additional support from Wellcome and UK Research and Innovation (UKRI), carries out the UK’s largest study into adults’ feelings about the lockdown and including their well-being and mental health.  Its latest survey shows that anxiety and depression in the UK have fallen in recent weeks but are above the usual reported averages.

Shops were reported to be about 50 per cent busier than they were during full lockdown after restrictions on non-essential shopping were lifted recently.  On the other hand, delays, confusion and controversy about children returning to school has caused anxiety for many parents, grandparents and others.   No wonder that so many of us are hoping that a vaccine for the pandemic will be developed soon, so that we will be able to escape from what sometimes feels like house arrest and resume our normal lives.

A vaccine will be available next year, say two thirds of us

In the US, according to a poll for the Associated Press/NORC Center for Public Affairs, which asked respondents when they believed that a COVID-19 vaccine would be available, found that 20 per cent opted for the end of this year while another 61 per cent expected it to be ready in 2021 with just 17 per cent believing that it will take even longer.

Some scientists, on the other hand, have suggested that, looking at the normal timetable for these drugs, we might have to wait nearly a decade for a vaccine.

So how should we feel about lockdown and how can we deal with its challenges?  Is optimism the best approach or should we go with our most depressing, pessimistic thoughts?  In these unprecedented times the only thing we can be certain of is that we’ll face bad news and disappointments over the coming years about lockdown, vaccines, new spikes in infections and, of course, the state of the economy.

Positive psychology is described by two of its key proponents, Martin Seligman and Mihaly Csikszentmihalyi, as “the scientific study of positive human functioning and flourishing on multiple levels that include the biological, personal, relational, institutional, cultural, and global dimensions of life.”  Since it was chosen in 1998 by Professor Seligman as the theme for his term as president of the American Psychological Association, positive psychology has been embraced by millions.

The inevitable demolition job came in the form of Smile or Die: How Positive Thinking Fooled America and the World.  The book’s author Barbara Ehrenreich, attacks what she sees as an unrealistic, intellectually dishonest, requirement that in order to be happy and optimistic we stamp out any negative thoughts.

Positive psychology – the road to despair?

Ehrenreich’s encountered positive psychology as its most fulsome and energetic when she was diagnosed with breast cancer.  In the support groups she visited, women claimed that their own diagnosis had been the best thing that had ever happened to them.  Many people, she discovered, even believe that positive thinking can provide a cure for their cancer and other diseases.

So, is positive psychology completely debunked?  Should we give our negative thoughts free rein during these – and other – difficult times?  When life gives us lemons should we try and make lemonade with them or just face the fact that they’re, well, really sour?

Admiral Jim Stockdale used a more nuanced view of these two extremes to get him through an experience that destroyed many of those who shared it and would be beyond the vast majority of us.  From 1965 to 1973, Stockdale was the highest-ranking US officer at the notorious Vietnamese prisoner of war camp known as the Hanoi Hilton.

During those eight gruelling years he suffered torture, beatings and appalling living conditions.  Every day could have easily been his last.  He had no prisoner of war rights and no idea of a release date and yet he supported his fellow soldiers, saving their lives and preventing them from going insane.  He opposed his captors in secret, and he denied them the opportunity to use him in a propaganda campaign to claim that prisoners were being well treated by disfiguring himself with a razor.

Stockdale developed a system that enabled both him and his comrades endure the torture that was regularly inflicted on them and he created a means of communication that relied on tapping out messages to counter the isolation and loneliness that they suffered.

To get through this Stockdale must have been the ultimate optimist, you might be thinking.  Not a bit of it.  In fact, he’s revealed that it was the optimists who suffered most severely.  They convinced themselves that they’d be released by Christmas, but it never happened.  Then it was Easter but again they were bitterly disappointed.  Finally, desperately clinging to an optimistic world view that was constantly contradicted by their experience time and again became too much for them to bear.

How to get through lockdown

Instead Stockdale accepted the horrific reality of his situation without any optimistic pretence.  But, at the same time, he held firm to the belief that he would eventually get out.  As Stockdale puts it: “You must never confuse faith that you will prevail in the end — which you can never afford to lose — with the discipline to confront the most brutal facts of your current reality, whatever they might be.”  The Stockdale Paradox, as it has become known, was popularised by Jim Collins in his management guidebook From Good to Great.

The stresses and challenges of lockdown hardly compare to what Jim Stockdale and his comrades went through at the Hanoi Hilton.  And yet, the philosophy of facing up to the reality of our current situation, however grim it might be, while keeping in mind the narrative that this too will pass can help us to get through lockdown and perhaps emerge as better, stronger people at the other end. 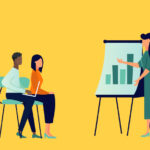