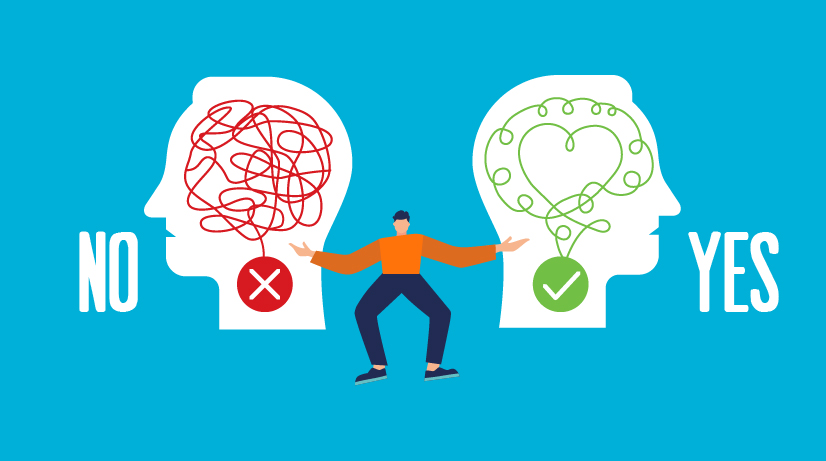 Phone, Teams, text or a face-to-face meeting – which works best when you want to persuade someone to do a favour for you?
3-minute read

Just imagine that you need to ask a friend or colleague a favour.  “Will you go to this client meeting for me?” you ask, or “Will you act as a reference for this new job?’.  On the other hand, it might be: “Will you feed my cat?”.

The pandemic and lockdown have made us all re-evaluate our attitude to face-to-face meetings.  So, if you want someone to do something for you, do you send them a text, mention it in a Teams call or wait until you can see them in person?  Even though we might not think that the choice of medium is important, according to psychologists it does matter.

In a recent study, researchers from Ryerson University, Toronto and Cornell University, Ithaca, New York state, briefed participants to ask five friends for a favour using one of the following channels: a face-to-face meeting, a video call such as Zoom or Teams, an audio call, a video message or an audio message.

Want a favour?  Ask someone face-to-face

The favour in this case was simply to proof-read a document.  Before they asked for the favour, each trial participant was interviewed about how many of their friends would go ahead and agree to do it.  They were then asked to put the request to their five friends.

According to the findings of the study, face-to-face meetings achieved the best results. Interestingly, though, when asked beforehand about the impact of meeting in person like this, the participants had assumed that it wouldn’t be any more effective than asking for the favour by video, phoning or sending a video message.

When it’s less awkward to say ‘no’ to a favour

“It is less awkward to reject someone when one has the time and space to find the right words to say ‘no’ and when one does not have to say ‘no’ to the other person’s face,” suggest the researchers.  They point to earlier research conducted by Columbia University which found that people felt more comfortable rejecting help requests when these requests were written out on a piece of paper.

The significance for managers here is that as we’ve spent nearly two years with communication via text, email, phone and video conference, there might be an assumption this kind of communication should continue, even with restrictions now easing around the world.

It’s worth noting that in both of these experiments the participants underestimated the distinction between making requests in person and doing so remotely, assuming that it would make little difference.  The prevalence of communications technology – even before lockdown – suggests that we’re all so familiar with it that we don’t stop and think whether it’s always the best option.  However, it might be quick and convenient, but investing time and effort in a face-to-face meeting can deliver a good return – and it does so more often than we think.

Benefits for cooperation and collaboration

Certainly, this research shows that face-to-face interactions have distinct benefits.  Obviously not every business conversation is a request for a favour but it almost always involves a need for cooperation and collaboration.  Whether we’re delivering an appraisal, briefing our team on a new project or updating our line manager, we’re asking them to form a connection, empathise with us and connect with us.

Communications technology is, of course, extremely useful.  But it’s only around 150 years old and we’ve been meeting face-to-face – and that means making eye contact, assessing body language, judging facial expressions and adapting our own behaviour accordingly – for hundreds of thousands of years.

Teams, phone, email or text have their place but if you really want to make that connection and persuade someone to help you out, then it’s better to make the time to talk to them in person.