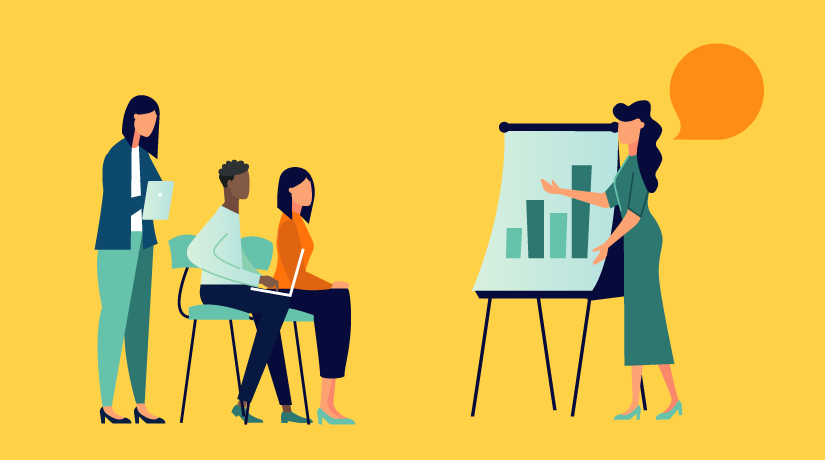 We were recently coaching a brilliant engineer before a presentation to his CEO and executive board in which he was pitching for a substantial slice of his organisation’s R&D budget. His language was clear and succinct. His voice was spot-on in pitch and tone. His content was compelling. His eye contact was warm and engaging.

But, still, there was something missing.  So, we suggested to him that he try something different.  We asked him to have some fun with his presenting style.  This involved running the presentation through with exaggerated hand gestures.  His performance was transformed.  What was interesting was that when we watched him, the hand gestures didn’t seem to be exaggerated.  In fact, they felt just right.

The point here is that by asking him to go over the top with these movements, we got him to break through his initial stiffness and reticence and relax.  He later shared with us that on his very first presentation skills course, the instructor had admonished him with the words: “Stop waving your hands around!  You look like an Italian ice cream salesman.” Set aside the xenophobia and prejudice against vendors of Italian ice cream, we now know that this advice – once commonplace – is flat out wrong in a neurobiological sense.  The fact is that our hands have evolved to be an important medium of communication.

The value of hand gestures

This is backed up by new research from the University of California and University of Georgia.  Psychologists wondered whether teachers’ hand gestures could help their students to understand what they were being taught. “Structure gestures,” were used by the teachers when talking to students to show which of two groups or categories of items they were talking about. These were made by indicating left or right.  “Surface gestures” were employed by the teachers in the videos to indicate physical characteristics.

Students watched videos of teachers using one, both or neither of these gestures to illustrate a talk about steamboats.  They used structure gestures, moving their hands to the left when talking about eastern steamboats and to the right when referring to western ones.  Surface gestures were used to indicate physical characteristics such as the depth of the hull.  Here the instructor moved their hands apart or together to illustrate the variation in depths.

Students were then tested on what they’d been told.  In particular, some of the questions explored whether the students had developed a good mental picture of the various steamboat characteristics as well as remembering various facts about them.

Those students who had seen the video with structure gestures scored higher.  This finding suggests that hand and other gestures which allocate what the speaker is saying into physical spaces help students to file away what they’ve learnt more effectively.  Other gestures weren’t as helpful.  It should also be noted that gestures didn’t help the students with the simple business of recalling the material, the benefit was more about making connections and categorisations.

In a second experiment, students were shown videos with more complex information, this time innate and adaptive immunity.  Again, having teachers use leftward gestures to refer to innate immunity and rightward to indicate the adaptive variety helped students to differentiate the two in terms of their characteristics.

Hand movements are passive gestures – they follow whatever your brain is actively thinking as it seeks to find the words to express ideas.  Letting your hands do their own thing is sensible and allowing them to move to the right and left when talking about two separate categories, certainly seems to help audiences appreciate the differences here.

When we feel tense, nervous or stressed we may unconsciously wave our hands more in front of our faces, as if to protect our vital organs from a predator.  Similarly, shuffling our feet around is an indication that we feel the need to keep moving because we’re worried that we’re a target in the eyes of the audience.  On the other hand, stillness is often associated with high-status.  When we try too hard to eliminate hand waving and foot movement, we might found ourselves going to the other extreme and becoming tense and rigid. Effective communicators learn to make movements on stage purposeful – to emphasise a point or to signal a change in tone.

Your hand gestures, body language and other physical actions tell the audience almost as much as your words – and so it’s well worth thinking about them when you’re preparing for and rehearsing a presentation.