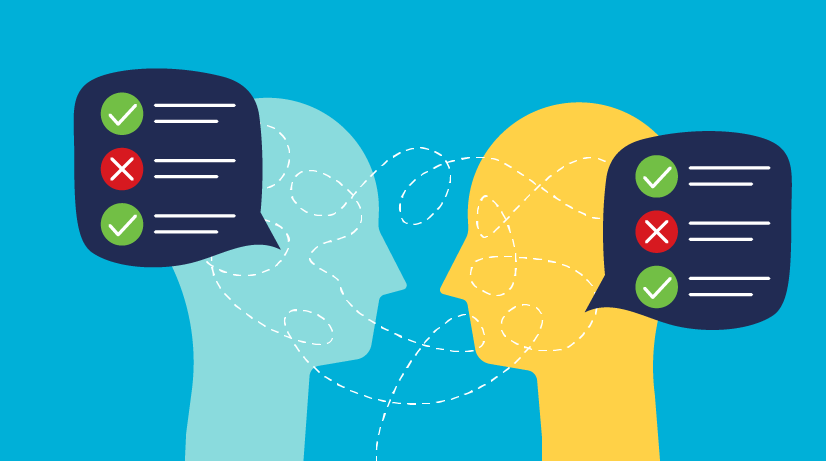 When we learn something about other people, we tend to assume that they also know about us.  What benefits does this quirk of human nature offer to leaders?

During our workshops on influencing and collaboration, we encourage participants to start by pairing up and finding out as many things as possible that they have in common with their partner. The results are surprising – and can even be quite moving.  People find they often share deeply personal experiences and qualities in common with a complete stranger.  It might be that both love a particular part of the world, that they’ve undergone a similar life changing event or that they share some unusual trait.

Knowing more about a person, and recognising them as a fully rounded human being with whom we can identify, helps us to work together more effectively.  The “Bring your whole self to work” movement in which people are encouraged not to feel that they have to edit out part of their lives or keep things hidden when they arrive at the office is gaining momentum and bringing positive results to a wide variety of organisations.

Now, new research takes this idea a step further.  After we’ve found out something about a stranger, we believe that they also know more about us – even though the knowledge isn’t reciprocated.  What happens in situations in which this knowledge is asymmetrical?

In one study when residents in a neighbourhood in New York were given more information about particular police officers, the crime rate fell.

Knowing me, knowing you, officer

Obviously, most of the time people who we know about, such as family, friends and people that we work closely with also know us well.  But, to find out more about this asymmetrical knowledge, Anuj Shah, associate professor of behavioural science at the University of Chicago, and Michael LaForest, a postdoctoral scholar of economics and criminology, from Pennsylvania State University assigned a group of volunteers with a partner in an online test.  Unbeknown to the participants, the partner did not in fact exist.

Participants were then asked to provide basic information about themselves such as marital status and whether they were employed or not.  Some received similar information in turn about their imaginary partner.  The recipients of this information felt that their partner knew them better, in comparison with those who didn’t receive it.

In another experiment participants were asked to tell their partner four truths and one lie about themselves. Those who received information about their fictitious partner thought this partner would be better able to guess the lie.

Sharing information about ourselves

So, it seems that if we want people to cooperate with us then sharing information about ourselves with them can help as they’ll be more likely to believe that, in return, we know more about them.  The more knowledge we have about someone – unless, of course, we know that they’re habitually dishonest – the more likely we are to trust them.  With leaders this feeds into transparency and authenticity – two essential traits of effective leadership.

Obviously, no one is expecting you to overshare and provide too much personal detail. However, thinking carefully about what you can reveal about yourself to colleagues and other people who you want to persuade and collaborate with can be useful.