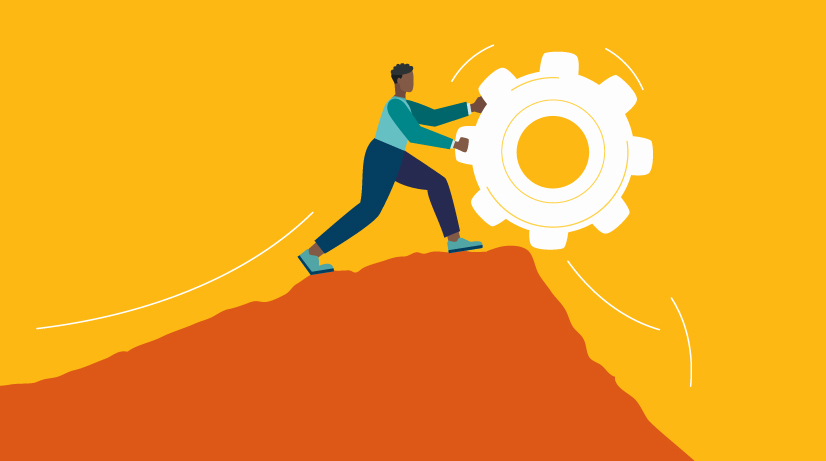 What loss aversion tells us about change management

Loss aversion is the basis for behavioural economics around the world.  Now new research delves deeper into the phenomenon – and has lessons for senior leaders

Loss aversion is based on the theory that the pain of losing something – say £50 – is greater than the pleasure we feel from gaining something equivalent.  Since it was identified more than 40 years ago by psychologists Daniel Kahneman and Amos Tversky it’s has played a central role in behavioural economics or “nudge theory” as it’s sometimes known.

For example, researchers at Appalachian State University in North Carolina discovered that students who were threatened with losing points over a term were more likely to work hard to avoid this possibility than their contemporaries who started with no points and were encouraged to earn them.

So the desire to avoid a loss might be there – but does it translate into effort?  Does this wish to avoid losing something actually make us work harder?  To answer this question, researchers at the University of Lisbon asked 32 people to inflate one of two balloons on a computer screen, either to gain points or to avoid losing them.

Gain versus loss – which is the bigger driver?

One of the balloons simply required the trial participants to press the space bar on a computer keyboard 25 times using their index finger.  If they were right-handed, they had to use their left hand and vice-versa.  To inflate other balloon, however, they had to press the space bar 75 times with the little finger of their non-dominant hand.  In other words, this task demanded considerably more effort from the participants.

The researchers conducted two trials.  In one based on the idea of “gain” the participants saw indicators suggesting that by inflating the balloon that required more effort they would earn points.  In the low effort exercise, on the other hand, they didn’t receive any points.  In the other exercise, the one focussed on “loss”, inflating the low effort balloon reduced points.  However, blowing up the high effort balloon prevented participants from losing points.  In other words, in both trials, opting for high effort was better when it came to ending up with as many points as possible.

The results?  Participants chose to put in more effort to prevent loss than they did to gain points. In the loss-avoidance trials they chose the high effort option 79 per cent of the time but with the gain trials the figure was just 59 per cent.

We work harder to avoid loss than to achieve a gain

A similar exercise was conducted with 29 children between the ages of seven and 17. In this case the results were similar to those of the adult participants.  The children chose the high option effort in 84 per cent of loss-avoidance trials but, in the gain trials they went for just 64 per cent.

Points and balloons aside, loss aversion can explain why we’re all sometimes resistant to change.  We might not be thrilled with our current situation but at least it has the merit of familiarity.  Yes, there are things that annoy and frustrate us, but we know how to manage them and at least they’re nothing strange and scary.  What teams in an organisation stand to lose is often seen as more precious than anything they might possibly gain by a reorganisation.

The Lisbon University research suggests that we’ll make a particular effort to avoid losing what we already have.  In the corporate world this extra effort to avoid losing a structure, a system or a way of working could translate into resistance and even subtle disobedience by those who are about to undergo the change.

Why people are resistant to change

We’re training a growing number of senior leaders to understand why their teams are resistant to change so that they know what they can do about it.  In many cases, this involves painting a clear picture of what this change entails including practical details in order to remove the fear of the unknown and to emphasise that the leader has an appreciation of a team member’s day-to-day work.

It also includes pointing to examples of other organisations that have undergone similar change.  Again, this removes that fear of the unknown and it can enable the leader to point to advantages gained by these other organisations.

Human beings are naturally loss averse.  Pretending that they’re not when driving change in an organisation will cause that change not only to stall, but damage morale and buy-in.  Accepting loss aversion and working with it using a range of effective communication and people management techniques and is much more likely to achieve a positive outcome.